Crete Carrier Corporation is known for helping veterans transition from active duty military to careers as truck drivers and office or shop employees. We employ more than 1,400 military veterans. Recently we were able to help a veteran and his family transition to a better life in a renovated home by partnering with the Military Makeover television show. The show filmed an episode in Kansas City this summer—fixing up the home of Army veteran Casey Harrison. Casey suffered multiple head traumas while serving in Iraq that have made it difficult for him to keep up with projects around his home.

The Harrison’s were sent on a vacation while the Military Makeover team moved in to fix up their house. Part of the episode featured Patriot Fleet driver Roy Rayford’s trip to the Harrison home. Roy served 9 years in the Marine Corps and was also in the Army Reserve. When he was asked if he’d like to participate in the project his answer was a quick, “Of course I do.”

“As a veteran it’s an honor for me to play any part in this because I definitely appreciate Casey’s service,” Roy said. “I’m proud to do this and anything else this company asks me to do. I understand what the Patriot Fleet program means and I’m going to do whatever is asked of me.”

On a hot July morning in Kansas City that meant spending a few hours with a camera crew and sharing his thoughts about the importance of helping veterans.

“Being a veteran myself I want to help veterans whenever I can. It’s something I have in common with Crete Carrier,” Roy said. “I think Crete helps veterans wherever they can too—as a company. Any veterans that are thinking about going into the trucking industry—Crete’s the place to go.”

The segment of the program about Roy and his Patriot Fleet truck is posted here. 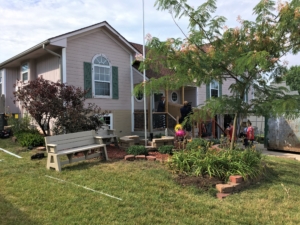 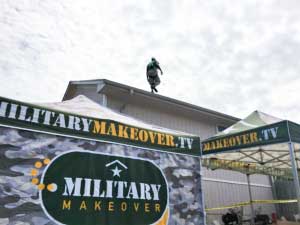 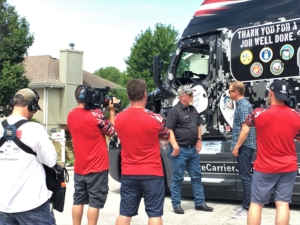 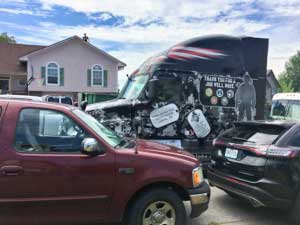