As he wrote his time-traveling, firefighting, science fiction thriller with a touch of romance, author James E. Merl kept one thing in mind. “When I wrote it I thought about drivers. No chapter is longer than 6 pages. A perfect length to read while waiting at a shipper,” Merl said.

And he should know. James E. Merl is the pen name of Elvis Merl—a Crete Carrier driver since 2005. He’s also a driver trainer. But you may not know that for the last 5 years he’s spent much of his free time writing Chicago 1871, drawing on his previous career as a firefighter for the foundation of his science fiction novel.

Elvis says he’s always enjoyed writing—and even started a book or two. But that was back when typewriters were the primary tool for authors, and the process became a bit too tedious for him.
After he began driving a truck Elvis started looking for a hobby he could pursue during his downtime. The writing bug bit him once again, only this time a laptop made it a little easier. He thought through a couple of ideas related to time-traveling firefighters before settling on the story of a modern-day firefighter who is somehow transported to Chicago in 1871, the year of the Great Chicago Fire.

So how does writing a novel fit in with life on the road? The book began with a basic outline. Elvis says he’d think about the story while driving or riding with a trainee. “I’d visualize scenes like a movie to put meat on the bones of the outline. At the end of the day, I’d write.” Elvis says his wife was the initial editor, helping to keep the story on track.

Gradually the novel took shape. Chicago 1871 centers on firefighter John Kirk. While fighting a fire in the present day Kirk loses consciousness and wakes up in a Chicago hospital—in 1871. The firefighter with today’s skills and training joins the Chicago Fire Department—with the knowledge that the Great Chicago Fire is about to take place. He faces a question of how to save lives without drastically changing the future. We won’t reveal too much here but the book includes a lot of action, a little romance and historically accurate details. Elvis says he painstakingly researched the era, including firefighting methods. “I was surprised by what I learned. For example, horses on the firefighting crews were trained to run to their harnesses when the alarm went off and their stalls were opened. The crews could have them harnessed and out the door within a minute.”

He went over and over the book with his wife’s help—changing details “to make it perfect”. The result is an easy-reading novel with a “mind-blowing ending”.

Once the book was nearly finished an experienced editor was brought in to help get it ready for publishing. Elvis says he was already happy with the book but gained even more confidence when she told him “I loved this book. Seriously, it’s the best time-travel book I’ve ever read.” Elvis didn’t actually read the book from start-to-finish until he received his first copy of the final version. When he approached the emotional end of the story he says his eyes began to water and “I knew I hit my mark”.

Chicago 1871 was recently published and is available on Amazon. You can find reviews at Pacific Book Review and Goodreads. 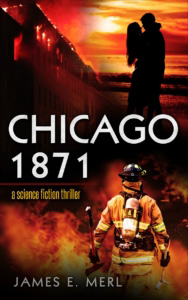 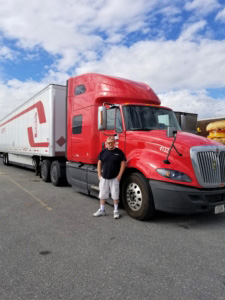